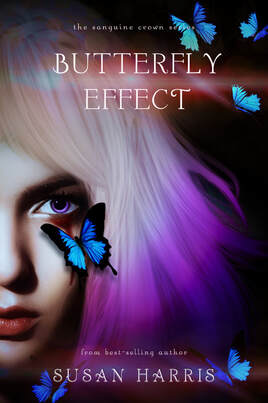 ​Vengeance has a name, and it’s Ryan Callan.
​
Drowning in a wave of grief and guilt, Ryan pushes herself to the limit to track down Maxim Smyrnoi and make him bleed. Used to going at it alone, she doesn’t want or need anyone getting in her way. She’s willing to do anything to capture her prey.
But Ryan finds herself caught up in not one, but two games of cat and mouse.
For every step closer to Maxim she gets, Crown Prince Nickolai and the Royal Guard are hot on her heels.
Can Ryan set aside her lust for revenge in order to find justice?
Or will her anger toward Nickolai and the rest of the Sanguine Court push her into a trap of her own making?
With Maxim taunting her at every turn, Ryan will have to be the epitome of an ice queen to not let the man get under her skin…